Tubist Jack Adler-McKean was our guest during the residency entitled The Microtonal Tuba and New Perspectives to Microtonality in Music of Our Time on the 14th & 15th of December.

During his stay, he conducted individual lessons both with Bilkent’s Composition and Tuba Performance students. He assessed the solo microtonal tuba pieces written specifically for this residency by Bilkent composers and worked together with the students in order to prepare these pieces for the closing concert.

The residency ended with a Pre-Concert Talk and The Contemporary Tuba concert, where he performed contemporary tuba pieces by Bilkent Composition students Saim Gülay and Nadir Kaya, as well as other pieces from his repertoire from composers Christian Mason, Patrick Friel, Sylvain Marty, Mark Andre, Jesse Ronneau and Haukur Þór Harðarson. 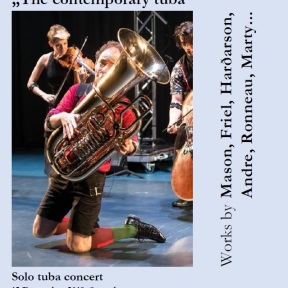 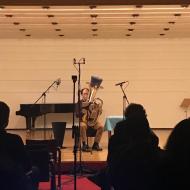 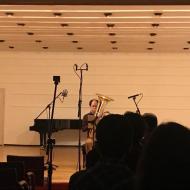